Home Headlines Swiss confirm favoured location for $21 billion nuclear waste store
Our website publishes news, press releases, opinion and advertorials on various financial organizations, products and services which are commissioned from various Companies, Organizations, PR agencies, Bloggers etc. These commissioned articles are commercial in nature. This is not to be considered as financial advice and should be considered only for information purposes. It does not reflect the views or opinion of our website and is not to be considered an endorsement or a recommendation. We cannot guarantee the accuracy or applicability of any information provided with respect to your individual or personal circumstances. Please seek Professional advice from a qualified professional before making any financial decisions. We link to various third-party websites, affiliate sales networks, and to our advertising partners websites. When you view or click on certain links available on our articles, our partners may compensate us for displaying the content to you or make a purchase or fill a form. This will not incur any additional charges to you. To make things simpler for you to identity or distinguish advertised or sponsored articles or links, you may consider all articles or links hosted on our site as a commercial article placement. We will not be responsible for any loss you may suffer as a result of any omission or inaccuracy on the website.
Headlines 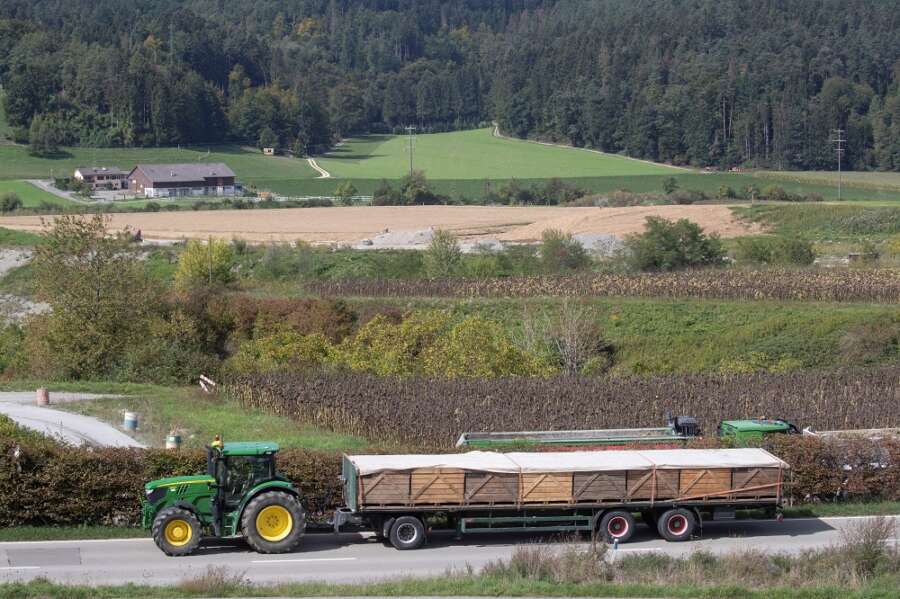 ZURICH (Reuters) -Switzerland confirmed on Monday that its favoured location for a 20 billion Swiss franc ($20.94 billion) underground nuclear waste storage site was an area north of Zurich, close to the German border.

The company behind the project to store the country’s nuclear waste for at least the next 200,000 years, the National Cooperative for the Disposal of Radioactive Waste (NAGRA), proposed northern Laegern for the site, which is due to become operational in 2050.

Following a 14-year evaluation process, NAGRA – set up by nuclear power plant operators and the government – said the opalinus clay found in the area provided the greatest geological barrier, the best rock stability and a high degree of flexibility for the subterranean repository compared with the two other sites it considered.

“(It) is the best location with the best safety. The core of the deep store is this grey and inconspicuous stone … here time practically stands still.”

Martin Neukom, a member of the Zurich cantonal government and a Green party member, said it was irrelevant that he had been critical of nuclear power stations because radioactive waste had already been produced.

“We have the responsibility to store this waste using the best of our knowledge with the best evaluations of safety. That means you cannot really be against the storage,” he told the news conference.

NAGRA will seek a government licence for the scheme, which is intended to store waste from Switzerland’s four nuclear power stations, at the end of 2024, with parliament and the Swiss government likely to decide on approval in 2029.

The matter could also be put to a referendum under Swiss direct democracy before construction starts in 2034.

Compensation for affected regions, including in Germany, has yet to be decided.

A German government spokesperson said there had been good integration between the German and Swiss so far and expressed hope that it would continue.

For the next step on the German side, a group of experts will look at the plausibility of the Swiss authorities’ decision, an German environment ministry spokesperson said.

HSBC eyes resuming buybacks in second half of 2023