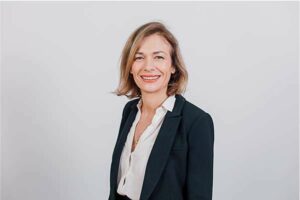 Too few women in tech

As a woman working in a senior position in the technology industry, I am keenly aware that it is a male-dominated space across all levels of the workforce. In fact, several studies have shown that the number of women working in technology companies is no more than 25%, and in health tech that figure drops even lower.

I am committed to using my position as Vice President and General Manager at Omnicell International, a leading provider of medication management solutions and adherence tools for health systems and pharmacies, to change this and introduce more women to a career in technology. This will not only be individually fulfilling to women wanting to excel their careers, but it will also positively impact the work environment, bring new perspectives for reflection, improve decision-making processes and inevitably influence overall performance.

The importance of parity in tech

Though we are living in the modern world and there are some breakout female stars in the technology sector, there are still barriers to success for women in this field. When tech development really took off in the 60s, women were still denied access to the business world. Furthermore, engineering schools are dominated by men worldwide, and the pop-culture representations that associate tech with an essentially masculine universe (think geek archetype or Zuckerbergian hero), do not inspire women to pursue a career in tech.

We need to focus on the new female stars emerging and advancing the cause of women in tech. In addition, we need to recognise that digital is now everywhere, from commercial functions to marketing to finance, which presents an extraordinary opportunity for women because it is turning the tables. We need to keep the momentum going in terms of continuing to change attitudes, both from within the industry and wider society.

According to a McKinsey study, a company that implements parity within its organization can increase its performance by 10%. For its part, the International Labour Organization has shown, in 2019, that an overwhelming majority of companies who are concerned about gender diversity in senior positions, increase their profits and attract more talent. And conversely, a company that maintains the status quo, certainly loses competitiveness.

Men and women alike need to recognise the importance of gender diversity in the technology sphere to make change happen. For example, the introduction of quotas would force companies to headhunt talented women. Some are concerned that quotas can negatively affect performance, but I believe that it gives talented women the opportunity to thrive in the STEM fields when they may not have had the chance to previously.

I believe that companies and their leaders should lead by example. Fostering a culture that is welcoming towards women and that celebrates gender diversity is the first key step in attracting women to roles in the technology sector. At Omnicell International, we have taken steps such as not holding interviews until there is at least one female candidate in the running. Companies could also provide in-house training to provide the best opportunities for any female staff recruited. Furthermore, it is important to look to the future and encourage the next generation of women to consider careers in technology. Companies should work closely with schools in terms of encouraging female pupils to pursue their interests and show them that they do truly have a place in this field – opening up a whole new world of career choices for them.

I would love to see more women working alongside me at all levels in the health technology industry. As well as making changes at Omnicell International, where we aim to have 30% female employees within 3 years 10 times the current figure, I am also using my position as a technology leader to influence change on a wider scale. I recently joined the International Women’s Forum in France, which works tirelessly to promote parity in traditionally male-dominated sectors and I would encourage other women working in tech to do the same. Being a member engenders a real sense of community and it has made me even more determined to move things forward. The IWF recently put on the annual Assises de la Parité conference in Paris which I attended and it was a really positive experience. It brought together companies and start-ups, experts, journalists and politicians in a space where we could exchange and share our views and experiences and stimulate a new dynamic for parity. The power of the network is beyond what you could imagine.

Also, I follow a few podcasts such as “Finding Mastery” by Michael Gervais. He interviews people excelling in the most hostile environments to discover the mental skills used to push the boundaries. Another one is “Dare to lead” by Brene Brown. Brene is having conversations with some passionate transformers, change catalysts and troublemakers who are innovating and daring to lead. This type of content is really useful for inspiring my own growth and development, but it also helps me to recognise it in others. I would encourage any women considering a career in technology to listen to these, as they inspire confidence and passion for breaking boundaries.

If individuals, both male and female, take individual steps like this to change their attitudes and promote parity, then we really can make a difference in the technology sector.

A chance for every woman and girl

My objective is one shared by many men and women already working in the health technology sector. We would like to leverage our resources and experience to give every woman and girl the chance to achieve their full potential by giving them the option of choosing a career in technology and to subsequently support them through their journey. I am excited to see what the future holds for innovation and improvement in technology with the introduction of a more gender diverse workforce, and I am proud to be part of a movement promoting parity at all levels of the industry.

Are Women Business Owners Stifling Their Own Growth? Overcoming The Unconscious Bias Factor

How freelancing can improve diversity in tech

How Businesses Can Gain Greater Insights into Operations...